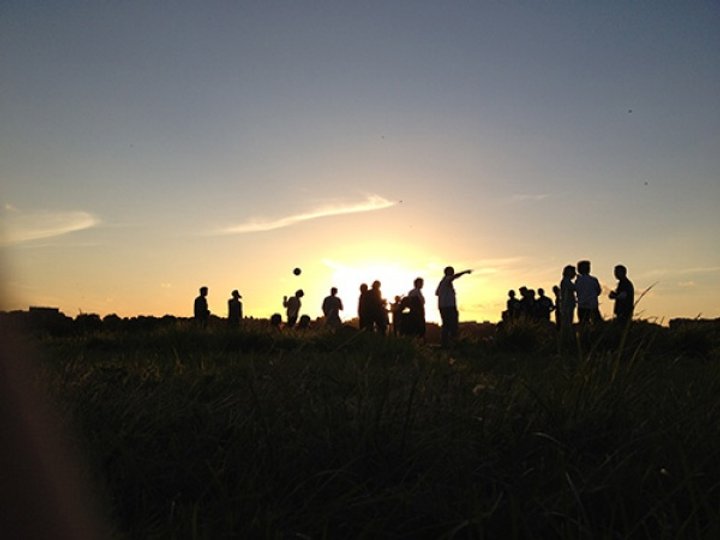 The last match-day before daylight saving time is introduced is often a marker for the start of the business end of the season in the County Senior League. It is especially true after the weeks’ events.

The title race is definitely hotting-up in the Premier Division. League leaders Swinton Athletic were not in action on Saturday, so Houghton Main had the chance to cut their lead to three points. They took that opportunity, as two goals from Nicky Harper gave them a 2-1 home win over Wombwell Main.

There was a big game at the bottom, with the bottom two Frecheville and Joker FC facing off at Frecheville Sports and Social Club. Joker took the three points with a hard-fought 3-2 victory. It is Joker’s fifth win in seven games and takes them to third-bottom. Frecheville remain bottom.

Swallownest Miners Welfare climbed back into third place, with a 3-1 home win over Athersley Recreation Reserves. Sadly for Swallownest, a poor run of form in mid-February to early-March prevented them getting involved in the title race.

Handsworth Parramore were emphatic 4-0 winners over leaders Swinton last week. They were just as entertaining this week as they drew 6-6 with Millmoor Juniors in a game that displayed an end-to-end style befitting of Basketball.

Goalless draws are rare in the County Senior League, but lightning struck twice this week for Stocksbridge Park Steels Reserves. Stocksbridge drew with Oughtibridge WMFC at Oughtibridge War Memorial Ground on Saturday and they had previously drawn 0-0 in midweek against Wickersley.

League leaders North Gawber Colliery were held to a 2-2 draw away against third placed Thorpe Hesley, so second placed Penistone Church Reserves had the chance to cut their lead to just one point. However, Penistone were also held, as they drew 1-1 at Thorncliffe Playing Fields against High Green Villa. The two draws leave North Gawber still four points clear with a game spare.

Jamie Dixon scored the only goal to give Silkstone United a 1-0 home win over Ecclesfield Red Rose. Silkstone remain in fourth position, whilst Ecclesfield are solid in mid-table.

The big game at the bottom was between fourth bottom Sheffield Bankers and fifth bottom Davy FC at Hillsborough College. The Bankers took all three points with a vital 2-0 win. The win helps them climb two places, as Davy slip down one.

South Kirkby Colliery climbed out of the bottom three, as they fought their way to a 3-2 away win over AFC Dronfield. Dronfield slip to second from the bottom.

Kingstone United heaped more woe on struggling Millmoor Juniors Reserves by beating them 5-0 at the Fleets. Millmoor are eight points adrift of safety.

It was a huge day in Division Two, with league leaders Byron House hosting Denaby Main at Warminster Road. Denaby were huge winners, claiming a comfortable 4-0 victory. The win takes Denaby to within three points of Byron House, with four games in hand. Byron had had an 11 point lead on their rivals, but a shaky post-Christmas run as seen their lead dwindle.

Caribbean Sports are also breathing down the necks of Byron House, as they recorded seventh win in eight games, as they beat Frecheville Reserves 3-0. Rayon Ramsey scored all three goals for Caribbean, who are also only three points off the pace (with two games spare).

Denaby United scored five for the third consecutive, as they beat fifth placed Maltby Main Reserves 5-1 at Muglet Lane. Denaby themselves are only five points behind Byron House and have played two games less.

Handsworth Parramore U21 responded to losing their 100% league record last week, by opening a eight point lead over second placed Houghton Main U21. Firstly, Handsworth beat Wombwell Main U21 4-0 on Wednesday night. They followed that with a 6-1 home win over Davy FC 6-1 on Saturday to maintain their unbeaten league record.

Athersley Recreation U21 claimed their first league win of 2015, as they saw-off Caribbean Sports U21 3-2 at the Caribbean Sports Club. Athersley’s poor league form comes in spite of their U21 Cup win in January.

On Saturday, Wombwell Main U21 were held to a 1-1 draw at home by mid-table Bawtry Town U21.