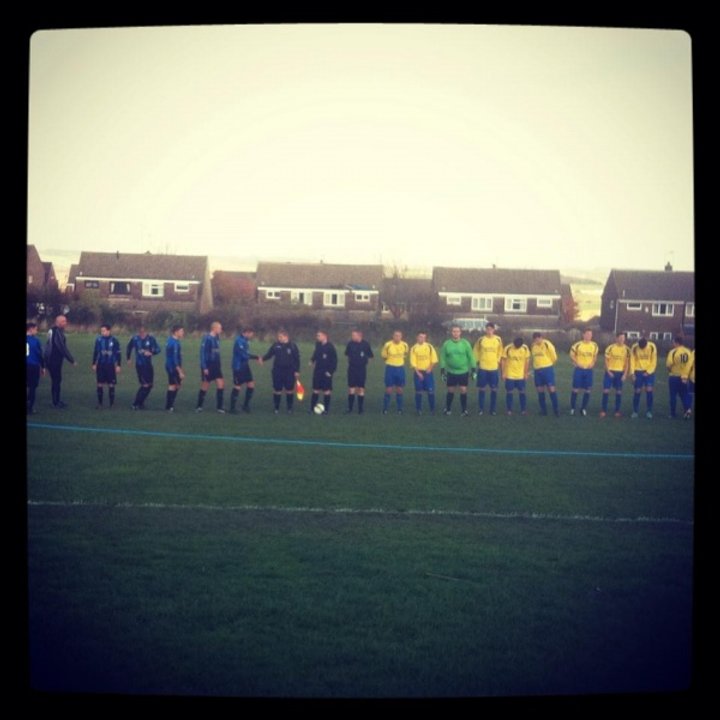 Stocksbridge Park Steels Reserves put their 5-1 defeat to Handsworth last time out, behind them with victory at Everest on Saturday.

The visitors opened the scoring, arguably against the run of play. John Beggs’ free-kick was headed in by skipper Ryan MacDonald, who escaped his marker in the area.

Seven minutes prior to half-time the lead was doubled. Luke Townsend went through the defence and released a shot, one-on-one. The goalkeeper, Anthony James, parried the attempt but failed to make enough of an impact to see away the danger. Townsend was quickest to react, and with James still grounded, he slotted the ball into the empty net.

Everest refused to give up however, and they soon pulled a goal back. Steven Nixon crossed for Andy Taylor who headed into the bottom left corner for 2-1, giving themselves hope at the interval.

Stocksbridge pulled further ahead on sixty-six minutes. Townsend shrugged Christopher James off the ball before sending his one-on-one into the bottom right corner.

With five minutes to go, Everest, who had matched their opponents for long periods, won a penalty when Joe Yeardley was fouled. Andy Taylor sent the penalty into the bottom left to make it 3-2.

But this proved a mere consolation with Stocksbridge receiving a penalty of their own in stoppage time. Cole Payne found Townsend who attempted to round goalkeeper, James, who brought the onrushing striker to the floor. Townsend stepped up to take the resulting spot-kick, sending the ball into the bottom right-corner and concluding the scoring at 4-2.

Mohammed Ibrahim attempted conjuring a superb chance for himself and Everest midway through the first half. With his back to goal, he chipped the ball into the air and attempted an overhead kick, which Salem was able to gather.

But as a kick-in-the-teeth to the hosts dominance, it was the away side who took the lead through MacDonald’s glancing header.

Everest were stunned but the opening goal gave Stocksbridge spark. Cole Payne’s shot from the right of the box requiring fantastic fingertip reaction by James.

The hosts continued to create chances. Andy Taylor poked wide Adam Smith’s low cross and David Young’s long-distance effort sailed over the roof of the net as they hunted for an equaliser.

But again, the Stocksbridge resilience proved too much. Townsend’s first effort was denied by Anthony James, but he made no mistake with the follow up and suddenly it was 2-0.

But the hosts hit back with Andy Taylor’s header causing an undoubted change to both sides team-talk with the goal just before half-time.

But Everest failed to be quickest out of the blocks in the second half as the interval appeared to squash some of their momentum. Instead it was Stocksbridge who had the first chance of the second half but Luke Townsend’s miskick when breaking through one-on-one meant the game continued with a solitary goal separating the sides.

However, Everest soon came close to an equaliser. Adam Smith’s corner eventually fell to the feet of Jamie Jones, but the close range effort was cleared off the line by the Stocksbridge defence.

Taylor also came close to doubling his tally. Smith’s free-kick fell to the tall striker who lost his marker, but his rushed shot was gathered by Salem.

And as seems to be Stocksbridge’s style, missed opportunities from the opposition get punished. There were appeals for a foul when Christopher James was shrugged off the ball by Townsend, but the referee allowed play to continue and the scoreline became 3-1.

Both sides continued to press. Cole Payne’s cross was met by Ben Rhodes whose far post shot was tapped over by the goalkeeper and Steven Nixon’s chance from inside the box from the right which was parried by James were two notable opportunities for either side.

The game however still had time to provide two penalties. Andy Taylor reduced the deficit to one with his into the bottom left hand corner, but it became 4-2 when Townsend slotted into the bottom right.

The win means Stocksbridge leapfrog Everest in the league table.