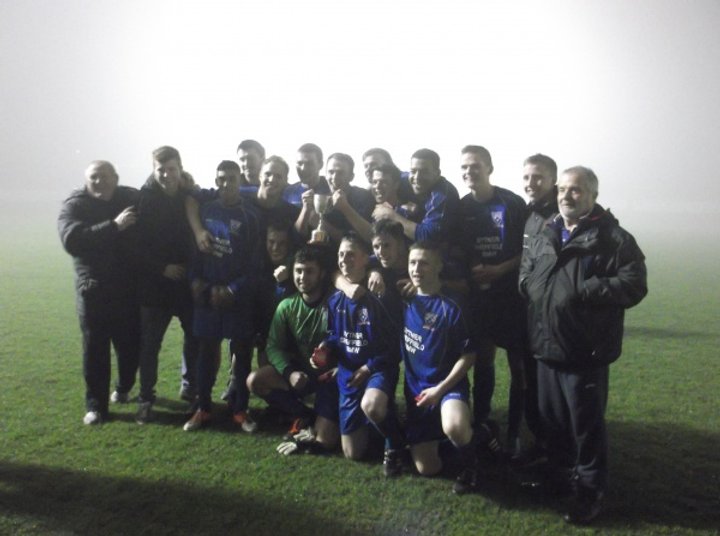 Swallownest Miners Welfare U21 put in a spirited performance to become the inaugural winners of the County Senior League U21 Cup, with a 2-1 win over North Gawber Colliery U21 in foggy conditions at the Look Local Stadium.

Swallownest took the lead in the opening minute of the game through a Jay Atkin strike. They doubled their lead 15 minutes later, when the prolific Alex Lill produced a smart header to double the lead.

Swallownest were in control, but they were brought back to earth on 30 minutes, losing their goalkeeper Josh Lill to a straight red card. North Gawber were able to pull a goal back before half-time and enjoyed a period of pressure but were unable to level the game, as Swallownest closed out the tie to win 2-1.

It is the second time in five days that the two teams have met, with Swallownest winning at North Gawber 1-0 on the weekend to extend their lead at the top of the U21 Division. Swallownest will now have an anxious wait to see if they are able to win the League and Cup double. They currently lead the U21 Division by nine points (having played all their games), but can be caught by Treeton Terriers U21 if they win all four of their remaining games.