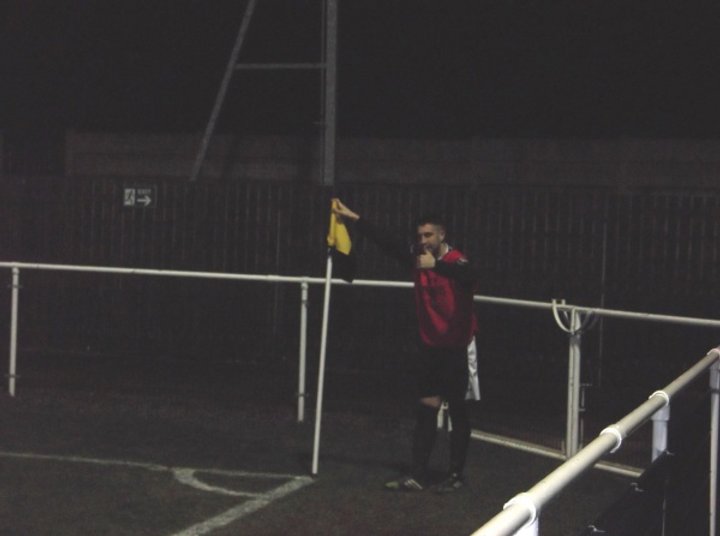 Penistone make the Cup Final, only one of the top 6 win in the Premier Division, North Gawber march-on

Premier Division
Houghton Main inflicted league leaders Oughtibridge’s first defeat since mid-December, by beating them 3-0 at Middlecliffe Lane. Nicky Harper, Kieran Hirst and Jack Waldron scored the goals for the in-form Houghton Main, who were the only team in the top six to win on Saturday.

Handsworth were back to winning ways midweek, following three straight losses. They were 3-0 winners over Everest at Oliver’s Mount. However, they were held 1-1 draw on Saturday against sixth placed Stocksbridge Park Steels Reserves. The draw leaves them 12 points off Oughtibridge’s lead, with four games spare.

Two goals from Chris Esberger helped Millmoor Juniors to a 3-2 home win over third placed Penistone Church. Prior to the game Penistone had only conceded three goals in the league this year.

Goals from Craig Rouse (2) and Luke Bamforth gave Wombwell Main a important 3-0 away win over Ecclesfield Red Rose. The win is enough to take last years’ League Cup winners up two places from the foot-of-the-table.

Swinton Athletic continued their good form, with a 3-0 home win over lowly Everest. It is Swinton’s third consecutive win, in which they have not conceded a goal.

Division One
League leaders Joker FC’s 11 game unbeaten streak came to an end on Saturday, as they were beaten at home 3-2 by Silkstone United. Jamie Dixon starred for Silkstone bagging a brace. Second placed Wickersley managed to take advantage of Joker’s slip-up to cut their lead to 10 points (they also have two games in hand). They were 2-1 winners away against Hallam Reserves. Wickersley will be hoping Silkstone can repeat their efforts next week, when they take on the league leaders again.

Jubilee Sports were 2-1 winners away against Thorncliffe thanks to goals from Josh Statham and Lee Grocock. They remain in third place, 11 points off the pace, with four games spare.

Rich Williams scored the only goal to give Rotherham Town a 1-0 away win over Thorpe Hesley. Rotherham will also fancy their chances in the title race, sitting in fourth place 12 points off the lead with three games in hand.

Division Two
League leaders North Gawber Collliery’s impressive offensive and defensive record was improved once again on Saturday, as they recorded a 5-0 over Bramley Sunnyside. They have the best attack and defence in the County Senior League and are 10 games unbeaten in the league. Their lead at the too on Saturday was extended to six points, as second placed Kingstone United were beaten 2-1 at home by Sheffield Lane Top.

New Bohemians recorded only their second league win of 2014, with a 2-1 home win over third placed AFC Dronfield. James Donohue scored both goals for the Bohemians .

Gavin Davis and Stacy Sharif both scored twice for Caribbean Sports, as they claimed their first win since January with a 4-2 win over Maltby Main Reserves at the Caribbean Sports Club.

It has been a strange week for Worsbrough Bridge Athletic Reserves and Sheffield FC Reserves, as they met twice in the space of four days. On Wednesday night, Sheffield FC beat Worsbrough 2-0 at Park Road, but on Saturday Worsbrough returned the favour beating them 3-0 at Davy Sports Ground.

Kiveton Park moved up a place to third-bottom in the table, with a vital 3-1 away win over Boynton Sports at the Civil Service Ground.

U21 Division
Ryan Brooke (2), Liam Owen, Luke Addis, Danny Allsopp and Tom Flanagan were all on the score-sheet for Houghton Main U21, as they beat Bawtry Town U21 6-0 at Middlecliffe Lane.

Millmoor Juniors U21 ended a run of three straight league defeats with a 9-3 victory over Davy FC U21 at Grange Park. Mused Salem starred for Millmoor scoring four times in the process. Mohammed Hamid also socred a hat-trick for the hosts.