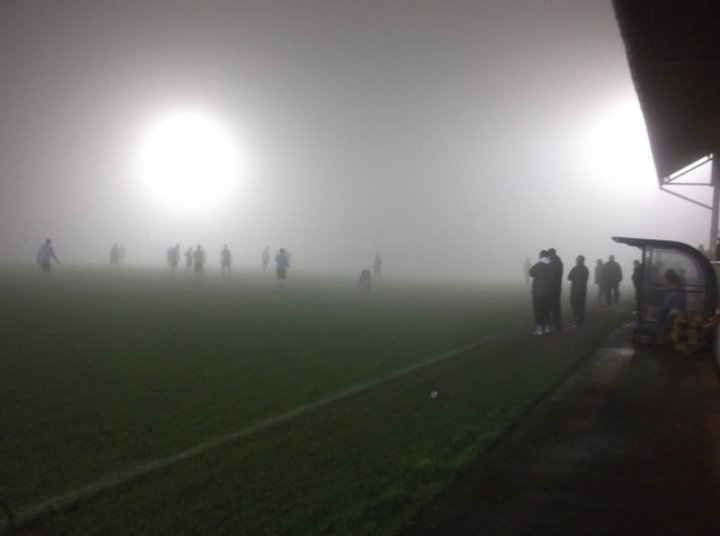 Swallownest win U21 Cup, Oughtibridge stutter once more, Jubilee turn up the heat in Div 1

U21 Cup Final
The league’s first final took place last Thursday, with the top two in the Premier Division, Swallownest Miners Welfare U21 and North Gawber Colliery U21 meeting at a misty Look Local Stadium. Swallownest came out winners thanks to early goals from Jay Atkin and Alex Lill giving them a 2-1 win. Swallownest did not have everything their own way though, as they spent 60 minutes with ten minutes, due to their goalkeeper being dismissed for violent conduct.

Premier Division
League leaders Oughtibridge WMFC may have chosen the worst possible time to stutter. It was their final game of the league season on Saturday, and they lost 2-1 at home to third placed Penistone Church. This loss was Oughtibridge’s third-in-a-row, and may prove costly with Handsworth breathing down their necks. Handworth were able to claim a victory on Saturday as they fought-out a 1-0 win away against Millmoor Juniors. Handsworth now have three games to overturn Oughtibridge’s three point lead at the top, if they are to clinch the Championship.

It was derby day at the Civil Service Ground, where Ecclesfield Red Rose hosted High Green Villa in the clichéd six pointer. High Green came out 3-0 winners, inspired by a double from Ben Compai. It is Ecclesfield second consecutive loss to relegation rivals. The win is not enough to lift High Green from the bottom-of-the-table, but they are now four points behind second bottom Everest.

The aforementioned Everest have had an excellent week. They drew 0-0 midweek away to Frecheville. They then followed this up on Saturday with comfortable 3-0 home win over Athersley Recreation Reserves.

Third bottom Wombwell Main registered a massive 2-1 away win over Swinton Athletic on Wednesday night. They were beaten on Saturday though, losing 4-1 to inform Houghton Main. Wombwell are five points ahead of High Green, but do have a game spare.

Swinton Athletic made it four wins from their last five games on Saturday, winning 2-0 away against Frecheville. Frecheville had drawn four games-in-a-row prior to this loss.

Swallownest Miners Welfare ended their season with a creditable 1-1 draw away against Stocksbridge Park Steels Reserves. The two teams are fifth and sixth position respectively.

Division One
With league leaders Joker FC not in action, Jubilee Sports took the opportunity to close-in on them. In midweek, they were 3-1 winners at home to Hallam Reserves. On Saturday, they won by the same same scoreline away against Davy FC, helped by a double from Matthew Turner. Jubilee are now just two points off the pace, with two games spare.

Wickersley are also still in the mix following a 3-2 win over fourth placed Penistone Church Reserves on Saturday. They sit in third position, four points off the pace, with a game in hand.

Thorncliffe ended a run of three straight losses, with a 3-1 away win over Davy FC, who remain bottom-of-the-table.

Sheffield FC Reserves emphasized their return to form this week. They were 4-3 winners over Caribbean Sports midweek, but the most impressive performance came on Saturday as four goals from Liam Bryan helped them to a 6-0 win over struggling Frecheville Reserves. Sheffield have four of their last five league games.

Sheffield Lane Top have also had an impressive week. They scored four goals twice. Midweek, goals from Todd Guest, Dillon Parrot, Billy Bradshaw and Adam Ogden helped them to a 4-1 win over New Bohemians. Andy Ogden then scored twice again on Saturday as they beat Boynton Sports 4-3 at the Civil Service Ground.

Maltby Main Reserves made it three wins from four on Saturday, as they saw-off New Bohemians 3-2 at the Boundary Sports & Social Club.

U21 Division
Treeton Terriers U21 increased league leaders Swallownest Miners Welfare U21’s anxiety levels on Saturday, as they fought hard to a 2-1 away win over mid-table Valley Knights U21. If Treeton win all three of their remaining games, they will overturn Swallownest’s lead at the top. Swallownest, meanwhile have completed their fixture list, leaving them with an anxious wait.

Two goals from Jack Conley and one from Danny Saxon gave Houghton Main U21 a 3-2 win over Davy FC U21 at Middlecliffe Lane.