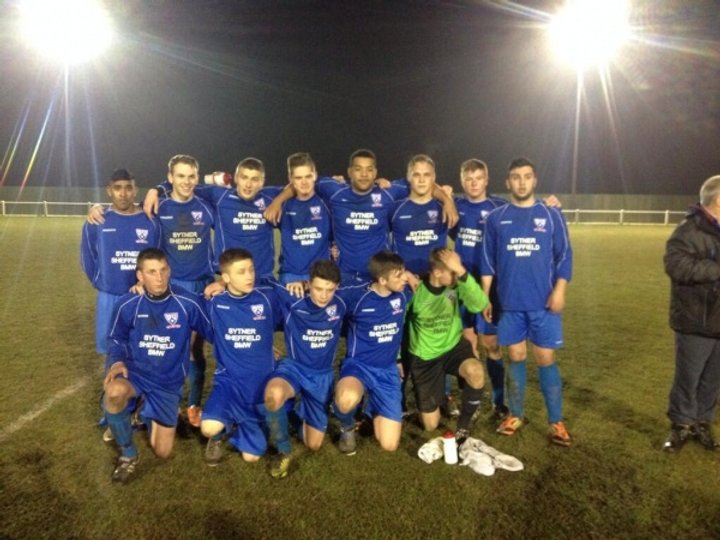 There was much drama midweek in the U21 Division. Treeton Terriers U21 hosted Valley Knights U21 at Meadowhall Soccer Centre knowing they needed all three points to claim the title. Anything less than three points and the Championship would be Swallownest Miners Welfare U21’s. Things started well for Treeton as they led 2-0 at half-time, but disaster struck as they surrendered their lead in the second half, and in the end lost 3-2. Swallownest’s league title adds to the U21 Cup they won in early April.

Premier Division Winners Handsworth fielded a youthful looking line-up on Wednesday, as they travelled to Wombwell Main. It was a policy that worked, as 16 year old Kyle Lilley scored four times to help Handsworth to a 7-0 win. The future certainly looks well for Handsworth, with 22 year old Alex Rippon (2) and 21 year old Samuel McKay also on the score-sheet.

Sheffield Lane Top reaffirmed their fourth place finish in Division Two with a 3-2 home win over Bramley Sunnyside on Monday night. Bradley Clarke, Todd Guest and Adam Johnson were all on target for Sheffield Lane Top

There is only one game left in the County Senior League. That will take place on Monday 12th May, when Bramley Sunnyside host Carribean Sports in Division Two.